Two years ago I had a fall out with alcohol. It was one of those break ups you have like the one with your first love that is painful, on-again off-again.

I’d just broken up with my fiancée two weeks earlier. I was weaning myself off anti-depressants, it was my first night out partying with friends. I lost control.

For the record- large amounts of alcohol and anti depressants don’t mix. They turn you into a monster. 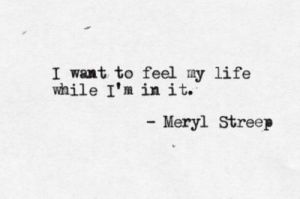 It didn’t end there either, my new found freedom led to a year of partying, letting off steam, ‘enjoying’ the freedom that comes from being a single 35 year old woman. Alcohol was the socially expected norm.

Until I realised my morning-after sorrow, regret, severe anxiety that could last for days was a result of the alcohol beating up my sensitive system. I was hopeless, unproductive, lethargic- I was a mess and I was hiding this from the world.

So I started to pull back. It took almost another year though to work through the mind-fuck that goes with beginning to choose not to drink.

It would seem everyone drinks and if you don’t, it can become an issue.

“Let’s catch up for a drink” (it’s never ‘a’ drink). Sunday afternoons = drinks, Lunch = ‘a’ wine. And when you decide you don’t want to drink alcohol people don’t know what to do with you.

If you’re choosing not to drink alcohol you better have a good excuse why.

I’ve said “no more”, and a friend will arrive back at the table with a drink for me regardless. I’ve said “Let’s catch up for a coffee” the response is “Let’s go to ‘X Bar for Happy Hour”. So when I started saying no enough the invites to hang out at all slowed until they pretty much stopped.

What I’ve learned is when you no longer want to drink alcohol your friends don’t know what to do with you.

I had this realisation on the back-end of being at an incredible retreat at the end of last year– People throw the word intoxication around like it’s nothing, like it’s just a state of being, just like being happy, or sad is a state of being. Getting drunk or wasted has become a goal and is celebrated.

As a society we have become blasé to the meaning of intoxication.

According to the Merriam-Webster Dictionary:

: an abnormal state that is essentially a poisoning

: the condition of being drunk : inebriation

Let’s cover that again: an abnormal state that is essentially a poisoning.

Getting fucked up means far more than an idle term to describe a good time… it means you are filling your body with toxins so severely that your body cannot function well enough to be able to perform its’ basic duties e.g. speak properly, maintain clear thoughts and judgements, walk properly, operate a vehicle etc. etc.

And this is what equates to a good time?

Even more so this is what we teach our children being social and having a good time is all about.

Since this awakening, change in perspective- call it what you will… around the consumption of alcohol I’ve had, so many people have shared their alcohol stories with me.

Men are ostracised horrendously within social groups for not drinking. They are called all sorts of degrading and humiliating names that more often than not they drink to avoid the ‘shame’. Alcoholics are forced to explain their disease- which is no one’s business- to get people to back off- and then the stigma starts with that. Even if your reason is you are driving people will still say, “One won’t hurt..”.

I’m not sure why this is. Maybe deep down we all know drinking to excess is not good for us, so when one person bucks the trend it reminds us and we feel a little guilty? So to make the guilt go away we pressure (all in jest) the abstainee to get involved…? 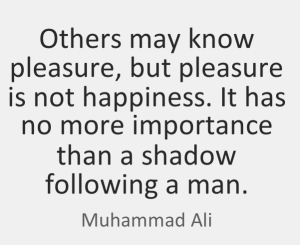 With such a growing awareness around health and exercise, about the food we put into our bodies, it just floors me the amount of ‘healthy’ people that are still choosing to poison their bodies by overindulging with alcohol.

At what point will we wake up to it’s true dangers and stop thinking we don’t have a problem?

Since I’ve pulled back from drinking I’ve been clearer, focussed and aware. I’m achieving things I never thought possible and opportunities are showing up for me in ways that blow my mind every day. I’m the happiest I have ever been.

Just some food for thought….

In light of all this I’ll be honest, on the very very rare occasion these days I may have a drink, maybe two – what I find though is my body can’t cope, and I really just can’t do it to myself anymore than that any more.

This site uses Akismet to reduce spam. Learn how your comment data is processed.